Wei Huang, received his BSc, MSc, and PhD degrees in Chemistry from Peking University in 1983, 1988, and 1992, respectively. In June 2006, July 2012, and June 2017, he was appointed as the Deputy President of Nanjing University of Posts and Telecommunications, the President of Nanjing Tech University, the Provost of Northwestern Polytechnical University, respectively. He is a member of the Chinese Academy of Sciences, Foreign Academician and Honorary Doctor of the Russian Academy of Sciences, and Fellow of the Royal Society of Chemistry. His research interests include flexible electronics, organic optoelectronics, nanomaterials, polymer chemistry, plastic electronics, and bioelectronics.

Imre J. Rudas graduated from Bánki Donát Polytechnic, Budapest in 1971, received the Master Degree in Mathematics from the Eötvös Loránd University, Budapest, the Ph.D. in Robotics from the Hungarian Academy of Sciences in 1987, while the Doctor of Science degree from the Hungarian Academy of Sciences in 2004. He received Doctor Honoris Causa degree from the Technical University of Košice, Slovakia, from “Polytechnica” University of Timisoara, Romania, from Óbuda University, and from Slovak University of Technology in Bratislava. He was awarded by the Honorary Professor title of Wroclaw University of Technology in 2013. He is active as a full university professor. He served as the President of Budapest Tech from 2003 till 2010. He was the founder of Óbuda University, the successor of Budapest Tec and was elected as the first President in the period 2010-2014. He served as the President of the Hungarian Rector’s Conference and member of European University Association in 2008. Now he is the Head of the Steering Committee of the University Research and Innovation Center. He has been the president of the Central European Living Lab for Intelligent Robotics since 2014. He is a Fellow of IEEE, Senior AdCom member of Industrial Electronics Society (IES), he served IES as a Vice-President in 2000-2001. He was elected as the Vice-President for Membership and Student Activities in IEEE System, Man and Cybernetics Society for the period 2015-2016. He is the Senior Past Chair of IEEE Hungary Section. He served IFSA (International Fuzzy System Association) as Vice-President and Treasurer for a period of 7 years; he had been the President of Hungarian Fuzzy Association for ten years. He had been the Vice-President of the Hungarian Academy of Engineers for four years. He serves as an associate editor of some scientific journals, including IEEE Transactions on Industrial Electronics, member of editorial board of Journal of Advanced Computational Intelligence, Editor-in-Chief of Acta Polytechnica Hungarica, member of various national and international scientific committees. He is the founder of the IEEE International Conference Series on Intelligent Engineering Systems (INES), IEEE International Conference on Computational Cybernetics (ICCC), IEEE International Symposium on Computational Intelligence and Informatics (CINTI, since 2000), IEEE International Symposium on Machine Intelligence and Informatics (SAMI, since 2003), IEEE International Symposium on Intelligent Systems and Informatics (SISY, since 2003), IEEE International Symposium on Applied Computational Intelligence and Informatics (SACI, since 2004), IEEE International Symposium on Logistics and Industrial Informatics (LINDI, since 2007). He has served as General Chair and Program Chair of numerous scientific international conferences. His present areas of research activities are Computational Cybernetics, Robotics, Cloud Robotics, Internet of Anything, Soft Computing, Fuzzy Control and Fuzzy Sets. He has edited and/or published 22 three books, published more than 800 papers in international scientific journal, conference proceedings and book chapters.

Time: 14 Dec 2020 04:00 pm
Room: Sichuan/Liaoning/Zhejiang Room (Online)
Topic: Improving Network Security with the Cognitive Packet Network
Abstract: The security of e-Health systems is of capital importance, as the Wannacry attack showed us some years ago when the human health systems suffered hundreds of millions of euros of damages due to one cyberattack. However, security is not just a matter of understanding that an attack is going on, but rather that of reacting to an attack and mitigating it, within seconds or minutes. This keynote will show how this can be achieved in real-time using the Cognitive Packet Network protocol. The presentation will include methods that have been developed within the EU funded H2020 SerIoT and FP7 NEMESYS projects. 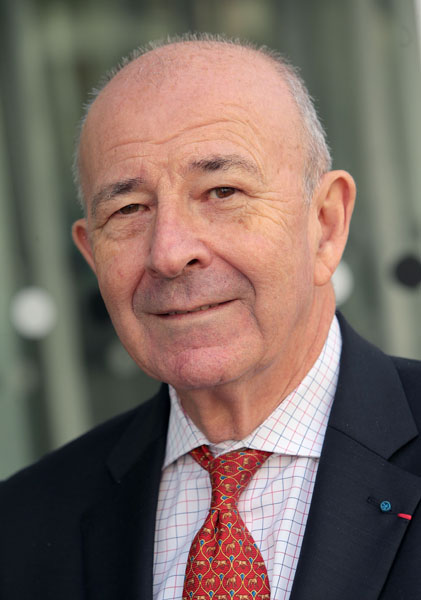 Erol Gelenbe (Life Fellow, IEEE) Fellow of the Association for Computing Machinery, the International Federation of Information Processing, the Royal Statistical Society, and the Institution of Engineering and Technology, was born in Istanbul, graduated from TED Ankara Koleji, and was awarded the BS (1966) by METU (Ankara), the MS (1968) and PhD (1970) by Polytechnic Institute of NYU, and the DSc (1973) degree by Sorbonne University, Paris. Professor at the Institute of Theoretical and Applied Informatics, Polish Academy of Sciences, his previous positions include Chaired Professorships at Imperial College, University of Central Florida, Duke University, Université Paris-Descartes and Paris-Orsay, and Université de Liège (Belgium). Renowned for pioneering mathematical models of computer systems and networks, inventing G-Networks and Random Neural Networks, he graduated over 90 PhDs, including 24 women. He has contributed to industry by developments that include the Queueing Network Analysis Package, the XANTOS fiber-optics local area network, the SYCOMORE distributed voice-packet switch, the manufacturing simulator FLEXSIM, and the C2 (Command and Control) Agents software. Awards include “honoris causa” degrees from Università di Roma II (1996), Bogazici University (Istanbul) (2004), and Université de Liège (Belgium) (2006), the Parlar Foundation Science Award (1994), Grand Prix France Télécom of the French Acad. of Sciences (1996), ACMSIGMETRICS Life-Time Achievement Award (2008), IET Oliver Lodge Medal, (2010), and the “In Memoriam Dennis Gabor Prize” of the Hungarian Acad. of Sciences (2013). He was elected Fellow of Academia Europaea, the French National Acad. of Technologies, the Science Acad. of Turkey, the Royal Acad. of Belgium, the Hungarian and Polish Academies of Science. He was awarded the honors of Chevalier de la Légion d’Honneur, Chevalier des Palmes Académiques, and Commandeur du Mérite of France, and Commendatore al Merito and Grande Ufficiale dell’Ordine della Stella of Italy. He serves as associate Editor of IEEE Transactions Cloud Computing, Acta Informatica, Performance Evaluation, and joint Editor-in-Chief of SN Computer Science, his consultancies have included INRIA, France-Telecom, Bull, IBM, Thomson CSF, Bell Labs, BT, General Dynamics UK, Huawei. Principal Investigator of many European Union research projects, Coordinator of FP7 NEMESYS and H2020 SerIoT, he has also won numerous grants from the National Science Foundation, the Engineering and Physical Sciences Research Council, industry and other organizations.

Abstract: People need accurate, relevant and timely information, especially in the unprecedented COVID-19 era. Content understanding is a critical foundation. At Tencent Feeds, we provide hundreds of millions of users with information they need the most at such times.  Powered by Tencent advanced AI and social engine, Tencent Feeds aim to find the best matches between the large amounts of content and users. In this talk, I present an overview of our innovations in the area of user-centered multimodal content understanding, and show these innovations assist our large-scale recommendation engine to provide better results.

Okyay Kaynak received the B.Sc. (first-class honors) and Ph.D. degrees in electronic and electrical engineering from the University of Birmingham, Birmingham, U. K., in 1969 and 1972, respectively. From 1972 to 1979, he held various positions within the industry that included 3.5 years in Saudi Arabia, working as a project engineer. In 1979, he joined the Department of Electrical and Electronics Engineering, Bogazici University, Istanbul, Turkey. He has served as the Chairman of the Computer Engineering and the Electrical and Electronic Engineering Departments and as the Director of Biomedical Engineering Institute at this university. Currently he is an Emeritus Professor, holding the title of UNESCO Chair on Mechatronics. He has hold long-term (near to or more than a year) Visiting Professor/Scholar positions at various institutions in Saudi Arabia, Japan, Germany, U.S., Singapore and China. He was, in 2013, awarded the prestigious “1000 People” Program professorship at Harbin Institute of Technology, China. His present affiliation is with University of Science and Technology Beijing, China.

Dr. Kaynak's current research interests are in the broad field of intelligent systems. He has authored three books, edited five and authored or coauthored more than 400 papers that have appeared in various journals, books and conference proceedings. Dr. Kaynak is a fellow of IEEE. He is or has served on the Editorial or Advisory Boards of a number of scholarly journals. He was the Editor-in-Chief of IEEE Trans. on Industrial Informatics during 2005-2006, IEEE/ASME Trans. on Mechatronics during 2014-2016 and Co-Editor in Chief of IEEE Trans. on Industrial Electronics during 2009-2012. Dr. Kaynak is active in international organizations, has served on many committees of IEEE and was the president of IEEE Industrial Electronics Society during 2002-2003. He received IEEE Third Millennium Medal (2001), IEEE/IES Anthony J. Hornfeck Service Award (2005) and IEEE/IES Dr.-Ing. Eugene Mittelman Achievement Award (2011). Most recently, he received the China Friendship Award (2016) and Humboldt Research Prize (2016).